The Ships of Aleph by Jaine Fenn

Originally produced as a limited edition chapbook when Jaine Fenn was Guest of Honour at Novacon in 2012, this novella is part of the Hidden Empire milieu.

The Ships of Aleph is the self-contained tale of a young man driven to the end of the world – and beyond – by his curiosity. The cover is by world-renowned space artist David Hardy, making a rare foray into terrestrial, figurative art.

With a foreword by Alastair Reynolds (author of ‘Revelation Space’ and the recent ‘Blue Remembered Earth’, as well as ’On the Steel Breeze’), ‘Downside Girls’ is a standalone collection of interlinked stories by Jaine Fenn, that also shines new light on characters from ‘Principles of Angels’, Jaine’s first novel in the ‘Hidden Empire’ series. (‘Principles of Angels‘, ‘Consorts of Heaven’, Guardians of Paradise’, ‘Bringer of Light’, and ‘Queen of Nowhere’).

First published by Clarion in 2012, a new ebook edition of Downside Girls is out now from Tower of Chaos Press. Currently available from Smashwords, Amazon (UK, US, and around the world), and soon to be available from most other major ebook vendors.

One Step Beyond cover by Tony Hughes

A collection of eight stories from across the science fiction genre, from diverse authors who have been part of the One Step Beyond writer’s group. One Step Beyond has been helping SFF writers to improve their work for nearly 20 years, and members have included Kaven Traviss, Vaughan Stanger, Liz Holliday and Jaine Fenn.

Available from Amazon UK and US, and Smashwords. All profits from the sale of this anthology will go to English PEN, a charitable network defending and promoting freedom of expression around the world. 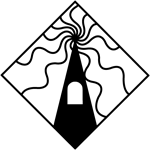